Beginning in sunshine and ending with a shower, Beach Show 2013 proved once again that location is everything when running an equestrian event. Ballyness Bay may be at the end of the earth but its stunning scenery and ample space make it an unmissable destination for a good day’s competition.

Visitors from as far south as Tynagh in Galway (that’s Flowerhill country, for the uninitiated) joined members from throughout the Western region to ensure a tight day’s competition where talent and luck were needed to grasp a place in the prize-giving line-up. Letterkenny members did the club proud in both the dressage and show jumping arenas, holding their own to bring home plenty of ribbons.

Hannah and Hazel kicked the day off with a second and fourth respectively in the Primary jumping. Hazel had also brought along her young horse, Gatsby, and Christopher introduced him to the world of competition with some lovely schooling rounds.

If ever a horse was well named, it’s Cool! How easy he made it all look as he and Leo succeeded in getting into the jump-off in the massive Intermediate competition. They very nearly pulled off a memorable win but ultimately had to settle for second  behind a Benbulben victor.

Clear rounds were thin on the ground and, with Nadine and Millie clocking up two time-faults, Cormac was the only Letterkenny rider to make the Advanced Intermediate jump-off. Charlotte hasn’t had a pole down for a while and she chose the wrong moment to break the habit. Stephen Greene of Rosann Riding Club won the class on the eccentric and awkward Indian Puzzle despite collecting an unusual time fault in the jump off. Cormac finished in the ribbons to continue a great season to date.

By the time the novelty speed class came around the rain had arrived and some entrants had already called it a day. Those who turned out for the final competition enjoyed a really good speed course engineered by course builder and judge, Tony Ennis. Nobody was more surprised or thrilled than Libby when she and Fenway accelerated around the course with no penalties in a time good enough to warrant fifth place.

Fenway isn’t known for his show jumping record but he’s well able to deliver in the dressage arena and retained his 2012 winner’s title with another good test in the Intermediate class. Nadine managed a flighty Millie expertly to finish second to Laura Schneider in the combined AI & Open competition while other Letterkenny members placed across the classes.

But the biggest success in the dressage arena belonged to Louise. Riding her very first test on new partner, Hannah, she looked stunning and put up a really great performance. Hannah at times argued the case that beaches are more appropriate for relaxing than working but Louise was insistent and the pair found common ground as the test went on. The beauty of dressage tests is that the judge can offer very valuable feedback. In this case judge Anthea Rainsbury was able to give Louise some expert advice on motivational techniques which will be implemented by the time the Derby & Dressage show rolls around!

All in all, another great Beach Show. Thanks to the Gaeltachts for wonderful hospitality and another memorable day out. May the sun shine on Ballyness Bay for many a year to come!

Pictured below: Incomparable Ballyness Bay; Hannah and Hazel after the Primary show jumping prize giving; Louise riding her very first dressage test; Nadine tricking the eyes as she rides dressage on Millie; and Fenway sporting his first proper show jumping ribbon at the end of a long and enjoyable day. (A few) more pictures in the Gallery. 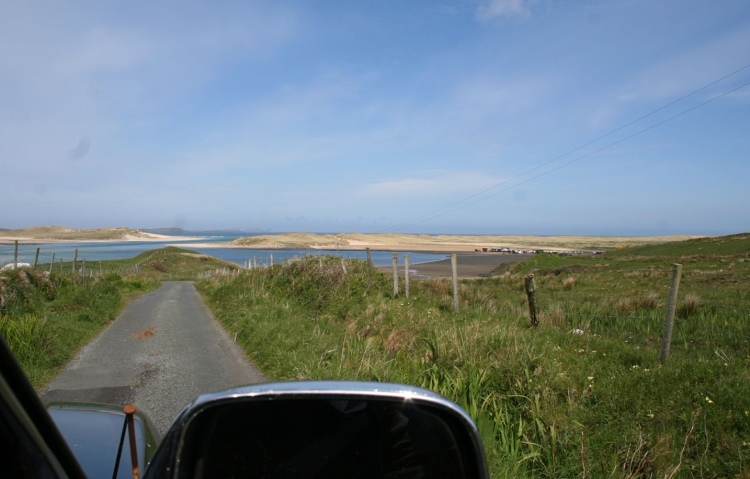 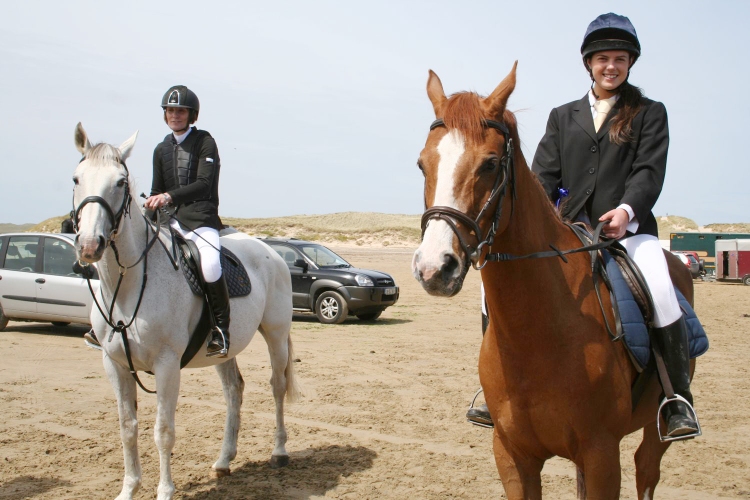 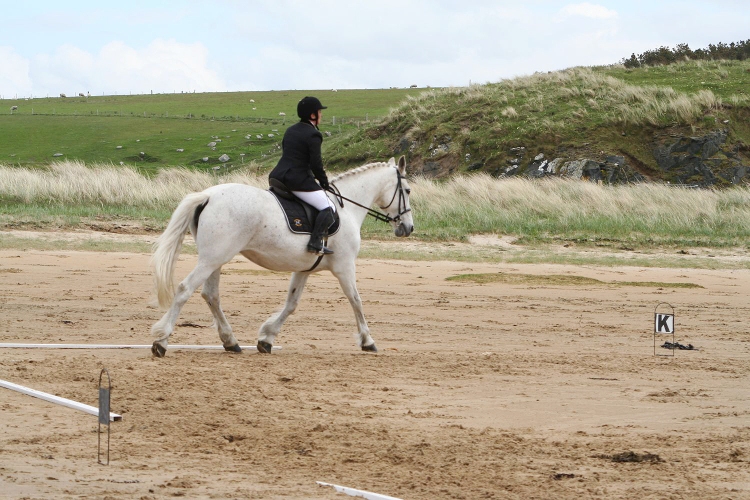 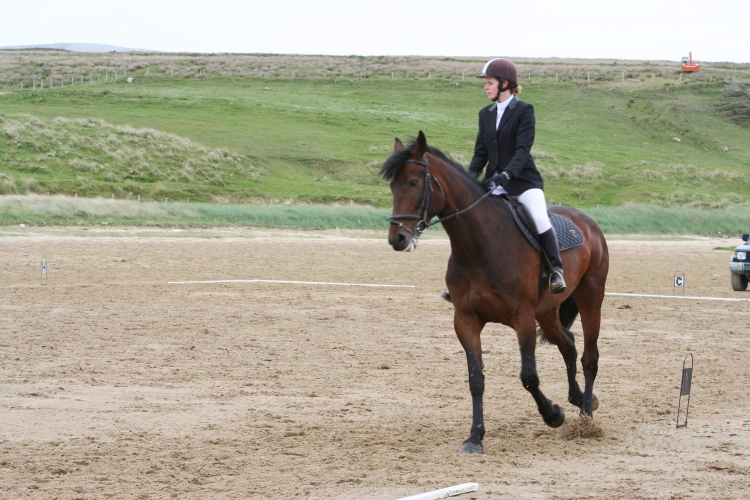 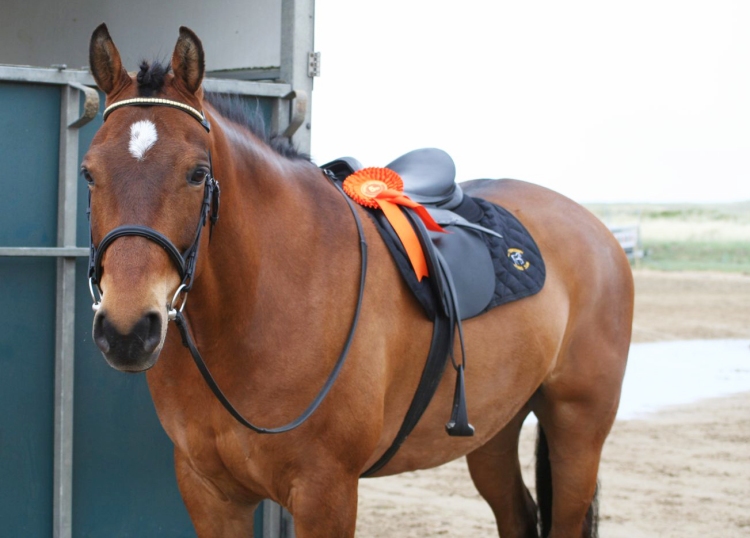